After some research and consultation, it seems that this is the most complete listing of ABADs, their dates and curators. If anyone has any further info, please let me know!

Villa Torri and Biblioteca Comunale, Vimodrone, Italy / May 8-19 / Curator: Gianfranco Maletti (this show only presented a very small selection of the 2009 NY Exhibition)

The call is out for the latest ABAD in Seattle, Washington. It is being curated by original ABADer Kathleen McHugh at the Quetzalcoatl Gallery. CLICK HERE for details and get your work in asap!
Posted by LuAnn T. Palazzo / The Design Diva, NY at 11:19 AM 4 comments

There WILL BE New Orleans Second Line Jazz at the Artists' Reception / August 13, 7pm

Thanks to the efforts of all the ABAD Angels, this is going to be a truly historic ABAD! This will be the first show to expand the movement to include live musical performance at our reception with The Joe Saylor Brass Band. Now the ABAD vanguard can claim poets, visual artists, performance artists, multi-media artists and musical artists!
The Joe Saylor Brass Band is comprised of some of the most exiting and talented young musicians on the Jazz scene today. The band members come from all parts of the world and their influences range from the beats of Africa to the horns New Orleans.
The band came together at Harlem parades led by Jonathan Batiste, piano virtuoso from New Orleans. Leader Joe Saylor has played with many Jazz greats including Jonathan Batiste, Wynton Marsalis, Ellis Marsalis, Roy Hargrove and Ben Wolfe. Joe recently appeared on an episode of HBO’s “Treme,” along with Jon Batiste.
The JSBB is perfect to be the first musical performance artists at a “A Book about Death” exhibition, and we are absolutely thrilled to have them! The band will perform New Orleans Second Line (Funeral) Jazz selections including:
Whoopin' Blues
Just A Closer Walk With Thee
Bourbon Street Parade
When The Saints Go Marching In
The Second Line
Oh, Didn't He Ramble
What A Friend We Have In Jesus
In The Sweet Bye and Bye
Posted by LuAnn T. Palazzo / The Design Diva, NY at 7:21 AM 4 comments

The incredible ABAD community pulled together and funded the next show at Kickstarter.com.

There will also be other performances scheduled for the Artists' Reception on Saturday, August 13, 2011 at 7pm. Further information will be posted on the website. Don't miss it!
Posted by LuAnn T. Palazzo / The Design Diva, NY at 7:02 PM 2 comments

DONATE TO THE
"ABAD: THE TIES THAT BIND" SHOW...

...and get some cool ABAD art too!

Click on the logo above to go to Kickstarter – and donate to bring live New Orleans Funeral Jazz performers to this exhibition.

There are some pretty good rewards being offered for donations of $10 and $15.

Email ThisBlogThis!Share to TwitterShare to FacebookShare to Pinterest
Labels: ABAD: The Ties That Bind

NEW CALL:
From One of the Curators That
Brought You the Awesome RJ+ABAD Show...

LuAnn Palazzo (me!) sends out a NEW CALL:

Today, we send out the OPEN ARTISTS CALL for
A Book About Death: THE TIES THAT BIND

Artists are invited to create their own book pages that illustrate their unique interpretations of THE TIES THAT BIND all living things universally through death. They may also choose to celebrate the ties that now bind all ABAD artists throughout the world (courtesy of Ray Johnson and Matthew Rose). Any interpretation is welcome.

All these pages will then be bound together in a handmade book (or books). A BOOK ABOUT DEATH will finally become a hand-bound book produced by global artists.

Matthew Rose, creator of the international "A Book About Death" movement, has launched a new project. Make a poster on any subject (political, band, art, ecological, promotional) and submit it to the Defense D'Afficher Project for worldwide global distribution. Everything about the project is free. This project is about showcasing great poster design, distribution in the world's streets and commentary concerning all things "affiche (poster)."

Email ThisBlogThis!Share to TwitterShare to FacebookShare to Pinterest
Labels: Other Artist Calls

Here is another call for an ABAD in Italy. The twist is, this is the first show to request an actual book. I believe that now the number of global ABADs is 22! You can go here to see some books that have already been submitted: unlibrosullamorte.blogspot.com

Un Libro Sulla Morte : ABAD ITALIA Altered Book Artist Call
Artist’s Book or Altered Book, e.g. small Moleskine book, or any other suitable "book." Your book can be several postcards bound together. Please add the title somewhere on your work: “Homage to Ray Johnson: A Book About Death” (In your own language).

In an effort to keep all ABADers in the loop and help expand the ABAD Universe, I will begin posting calls for new shows here.

The latest one is being curated by artist Patricia Sahertian. The ABAD Memento exhibition is set for May 2011 in Phoenix, Arizona at the Willo North Gallery.

Please see the site for all information on the exhibition, including deadlines, guidelines, venue and how you can get involved: abad-phx.blogspot.com

Please send jpgs (no larger than 600 x 400 px) of your work (for posting on the ABAD Momento blog), with your name and your website/blog or contact link to Patricia. Tell the story of your momento here.

Call for: one work on paper, post card size: approximately 6x4 inches (either vertical or horizontal) any medium, original art or reproduction is acceptable.

Optional twist: include a memento
Mementos play an important role in our remembering. A simple thing like a toothbrush, a letter, a toy, a paperclip, or a swatch of fabric, can be a fond reminder of a lost loved one. So please also send a tiny memento, if you like. See memento guidelines. Mementos will be displayed with your work.
Posted by LuAnn T. Palazzo / The Design Diva, NY at 6:34 PM 6 comments

I'm optimistic that this Year of the (dead?) Rabbit will be good to us all. Hopefully, you're enjoying good things already!

Amazingly, as of today there have been 20 ABADs with 2 more on the way. And we keep participating, creating and growing. The exploration continues to increase exponentially all the time. ABAD never sleeps.

Now, what I'd like to know is: how many have you been in? And how many new pieces have you done? What variation on the theme would you like to see in a future show? Please post your answers below... xxo
Posted by LuAnn T. Palazzo / The Design Diva, NY at 10:53 AM 6 comments 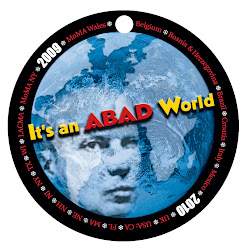 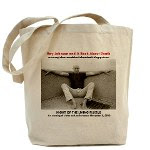 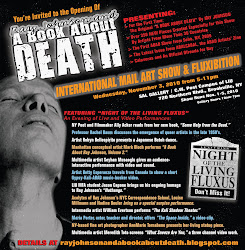 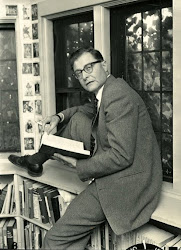 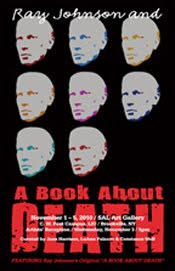 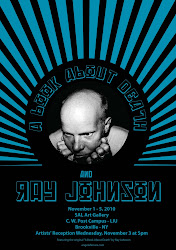 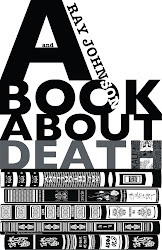 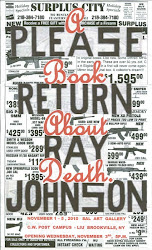 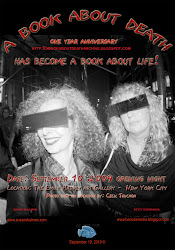 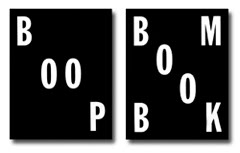 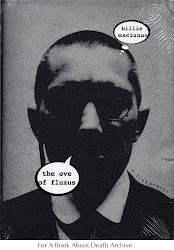